Skip to content
Home > Coronavirus: Economic Impact of the Pandemic
Just recently an epidemiological threat, COVID-19, struck out in Wuhan before spreading to the rest of the world.

There are now millions of confirmed cases and thousands dead from the coronavirus pandemic.

The threat has had adverse effects on most fronts, including the economic front. As a result, most parts of the world have & are witnessing massive economic disruptions.

HOW TO PROTECT YOURSELF

Even the advanced economies such as the United States aren’t insusceptible to these effects. Contrary to what a majority of the people believe, economies of other nations such as the USA and other European countries may experience much more economic effects than China. 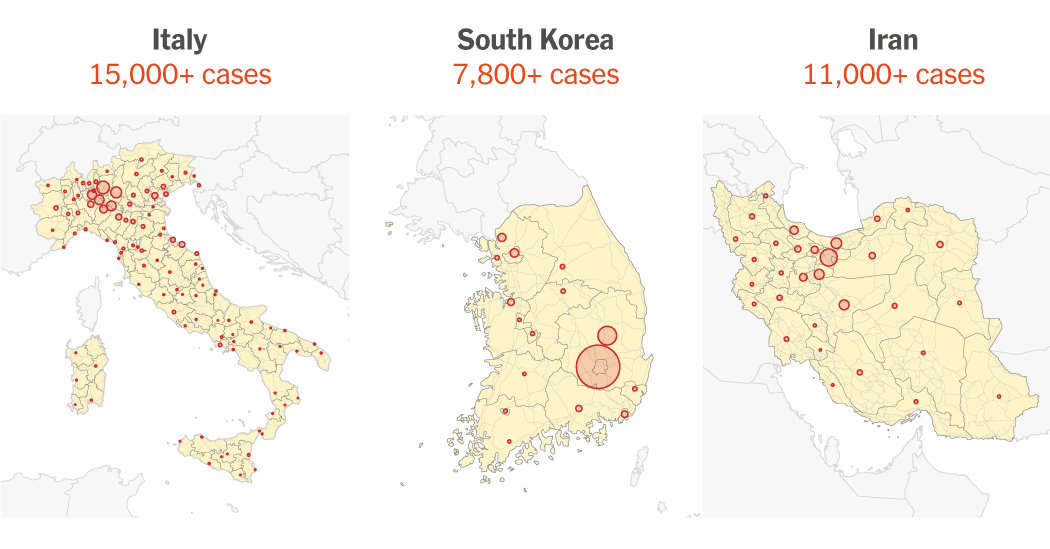 The reason for this is basic – face-to-face service industries take up a big piece of the economy in high-income countries than in China. The face-to-face industries, i.e. those that plummet when consumers withdraw, are affected more when people decide to stay at home. The economy consequently takes a nosedive.

Here is a closer analogy: COVID-19 is more likely to be extreme to older patients. Similarly, the effects of the virus to economies are likely to be adverse to advanced economies. 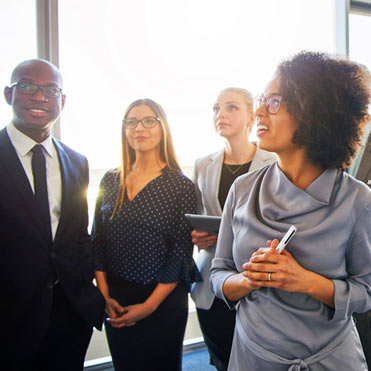 Most businesses in China and around the world have been forced to put up the ‘closed sign’. Reduced consumer demand and fear of contracting the virus are to blame for this directly. The Harvard Business Review halsen that by mid-March, the economic impact will be at its peak.

In China, Starbucks closed the doors of half of its stores. Other factories and companies have also be shut down in the country. The same is the case in Europe, especially Italy, where a major supplier of electronic parts to car manufacturers across the E.U. was closed.

Automakers such as Nissan that rely on Europe & China’s production have been dealt with a huge blow. Jaguar Land Rover revealed it had flown automotive parts in cases on account of factories running out of parts.

China currently commands a third of the manufacturing in the world. On top of the fact that China is the world’s largest exporter of good, the disruption of the supply chain will impact the growth and economy of many other countries. 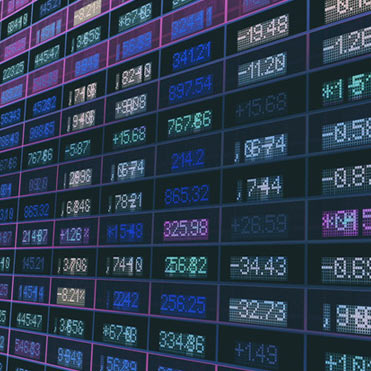 Just a few weeks ago, the stock markets globally witnessed their biggest single-week plunge for the first time since 2008. A stock markets crash followed on 9th March. The cumulative monetary effect of this pandemic in different sectors is estimated to be in the range of billions at the moment. Note that this figure will only keep increasing until the crisis is averted.

According to the Volatile Index, stock market conditions have an eventuality of remaining volatile for the foreseeable future. Investors, too, are fretted by this pandemic and may be forced to back out of their investment. Pulling the plug on these investments will mean that some company will bleed out heavily.

Among others, the FTSE, Nasdaq Composite, Nikkei, S & P500, and the Dow Jones Industrial Average have seen massive skids so far for the first time since 2008. By and large, the market is now volatiles as a result of significant swings making the economic situation uncertain and unstable.

The 10-year Treasury yield dropped down to 1.50% at the end of January from 1.7% before the outbreak. The drop persisted through February and went below 1%early March. It is only the second time the situation has been this dire, with the last time being 150 years ago.

Short-term interest rates are exceeding those of long-term, which is the exact inverse in a regular economy. To mitigate the effects, the central bank of the USA has cut down the interest rates. The move is to make borrowing affordable and further promote spending. Even so, the interest rate cuts will have a limited positive impact which is not enough. 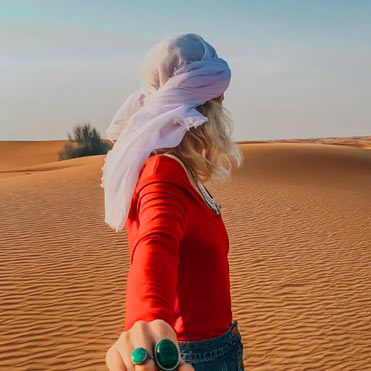 Among the industries that have taken a huge hit all around the world, is travel. A large number of tourists planning vacation and investors making business trips have cancelled their visit in fear of contracting the virus. This, in turn, has resulted in airlines cutting their flights.

Travel analytics company ForwardKeys revealed that between the outbreak of the virus and 8th March, the airlines had recorded a 37% decrease in international booked flights from the U.S. compared to the same period last year.

Further, travel restrictions being implemented all around the world are set to worsen the situation.

Britain is another country that suffers heavily as a result of the COVID-19 pandemic. A Chinese tourist into Britain spends (£1,680) thrice the amount an average visitor spends, according to VisitBritain. The move to restrict Chinese flights, therefore, means a big hit to the U.K.

Besides, several events ranging from have been cancelled all around the world. This means further cancellations of flights. By extension, flight attendants, pilots, airport officers and other crew are also being affected in the process. 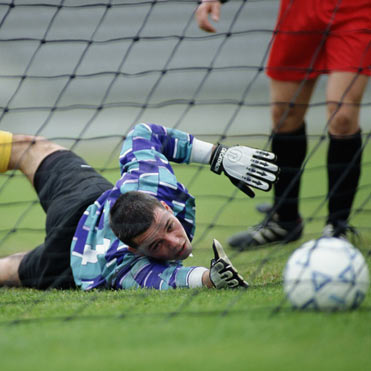 All around the globe, many sports events have been cancelled while others have been suspended. Popular competitions such as the UEFA Champion League are dealing with a significant loss. The domestic leagues of various sports have also crumbled for the same reason.

The most affected ones are the European leagues by dint of their huge following. The cancellation of events such as the Premier League, Serie A, La Liga and Bundesliga spell significant losses.

The SXSW festival in the U.S. will also suffer a big blow seeing as it brought over $350 million last year. The same is expected for the NCAA that was estimated to bring in a sum of $100 million upwards. These are just a few of the many other events getting called off. The ripple effect? Performers, officials and coaches won’t be earning their pay. 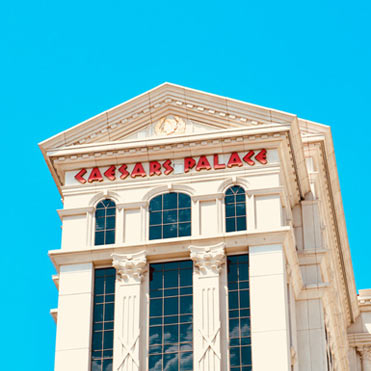 The accommodation industry is another big casualty. Reduced flights and cancelled events mean empty rooms and few reservations in hotels. Most visitors have already cancelled their booking and more will follow seeing as the pandemic is spreading rapidly.

According to Knowland, in Asia, the cancellation rate is expected to hit 90% in the few coming weeks. The number circles around 50% in Europe. As of 11th March, this number was around 40% in the U.S. 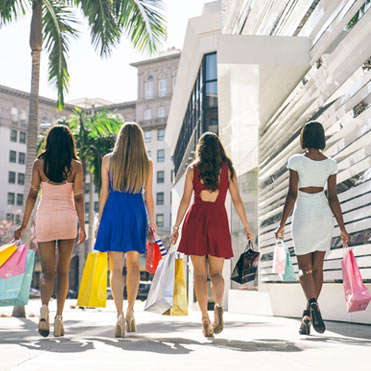 The COVID-19 is not sparing consumers either, which translates to more damage. Most people have chosen to stay indoors. This means business such as supermarkets and restaurants are all suffering a decline in consumer demand.

Other businesses taking a dip because of the consumer demand decrease include automakers and smartphone companies.

In China, car sales have gone down by 92%, prompting companies such as Tesla to digitalize their businesses by taking them online. Giant tech company Apple is expected to suffer delays in production and subsequent losses for its flagships devices. This is because most of its outsourcing manufacturing takes place in Asia.

Seeing as the consumer base consists of workers, the expected effect will be severe. Many workers will receive little to no pay, which means less to spend. This further decreases the consumer demand. 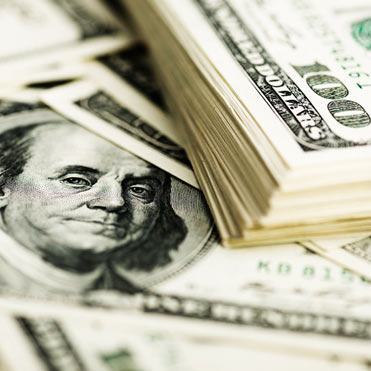 Many companies and even governments are deep in the holes of debt as a result of the outbreak. Some are even recording huge debts compared to those after the SARS epidemic.

Deutsche Bank’s data showed that the world’s biggest economies have the highest debt levels of the past 150 years. It gets worse because the debts need to be settled even if the economy descends further. This means only a small amount shall be left to spend, which aggravates the situation.

The past few weeks have been heavy as countries rush to set measures in a bid stop their economies from haemorrhaging. While some have been effective, most are just reducing the inevitable bleed.

Morningstar estimates a weighted average hit of 1.5% to the global GDP this year. The firm’s assessment also showed that the 2020 China GDP would reduce by 250 basis point. Withal, the firm’s analysis foretells a catch-up growth as soon as the crisis is deal with.

Judging by the numbers (as we shall below) this pandemic is indeed a massive blow to the economy of countries. Not since 2001 has the global economy been affected this largely and quickly.

As per data from Morningstar (all figures are in %)

Financial & economic analysts drew a parallelism of the COVID-19 pandemic to the SARS epidemic back in 2003. Using the SARS epidemic, it is easy to contextualize the impact of this current pandemic.

Back then, the former cost the global economy $4o billion. In China (where it also originated), the country’s growth took an estimated blow in the range of 0.5% to 1%. During that period, China’s economy had a 4% contribution to the world’s GDP.

Today, China’s economy has a grip of 16.3% of the world’s GDP. This means that if the coronavirus has a similar impact as the SARS epidemic, the world’s growth will suffer a huge dent.

To assess the impact, let’s look upon the various ends of the economy that have been affected.

The COVID-19 pandemic is a typical black swan event has and will result in more severe effects on the economic front. There’s need for governments and companies to take swift, decisive and rational actions to at least assuage the economic slowdown. In line with this, the governments should come up with a viable fiscal stimulus to keep the economies afloat.